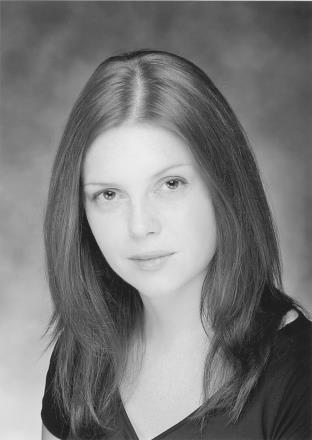 Katie began her training with the Woodman School of Dancing. At the age of ten she won the Le Hedan Trophy for Best Actress at the London Amateur Film Festival for the lead role in the Jan Mark’s adaptation – ‘Nothing To Be Afraid Of’ (Tim Jones). Katie then went on to work professionally playing the title role in the musical ‘Annie’ (RKO) alongside Lynda Baron at the Granville Theatre Ramsgate. ‘The Wizard of Oz’ (Daryl Back), ‘The Worst Witch’ (National Tour) and ‘Hello Europe’ (Kent Educational Television).

Having enjoyed these opportunities as a young performer, Katie studied for 3 years at The Centre of Performing Arts where she gained her AISTD and a Diploma in Musical Theatre.

Katie specialises in tap and hip hop from beginners to professional level and has taught at various venues including the Pineapple Dance Studios in London. Through continued professional development, Katie reignited her passion for American Rhythm Tap when she got the opportunity to take the time to study with the American Tap master Heather Cornell. She now travels regularly to continue her personal tap dance education.

In 2015, Katie qualified and became a certified teacher with ‘Acrobatic Arts’ introducing Acro into our Ashford branch of the school. She also teaches drama for us at Dance Warehouse and produces our very popular musical theatre summer schools each August.